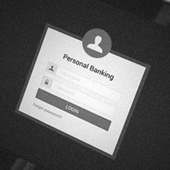 As a known banking Trojan center, it’s not surprising when Brazil’s cybercriminals launch what could be considered “banking Trojans as a service.” In this particular case, a skilled cybercriminal started offering a fully functional banking Trojan and its associated infrastructure for rent, to be used by less-skilled crooks.

This particular threat caught our eye because of its ad, which included demonstration videos on YouTube. Its creator, “Ric”, offers the services of this particular banking Trojan for rent, which costs approximately US$600 for a 10-day period. The service includes a comprehensive, highly capable, and well-designed console, as well as the capability to bypass additional authentication steps used by banks in Brazil.

Cybercrime-as-a-Service take a new turn in Brazil. But if and when it works it will spread globally.